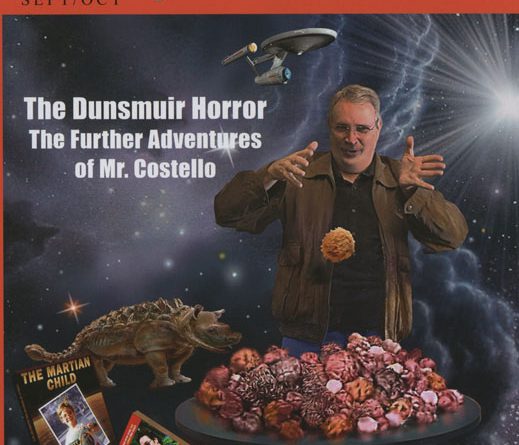 “Cupid’s Compass” is a short story by Leah Cypess, published in the September/October 2016 issue of the Magazine of Fantasy and Science Fiction (a recording is available here). This story explores a world where the characters can choose, through technology, to fall in love with whomever they want. Scientists have figured out how love works in the brain – allegedly – and older singles no longer have to contend with a life of loneliness. Julie, the protagonist of the story, decides to undergo the procedure after a string of failed relationships, only to find that it’s not quite as satisfactory as everyone else thinks it to be.

The story made me reflect on the idea of induced/artificial love, and I figured I’d write down some of my thoughts on the subject.

From a scientific perspective, falling or being in love – romantic love – is associated with an increase in the levels of dopamine in the brain, creating an overall feeling of euphoria. In the beginning stages people also experience various levels of anxiety that subside as we settle into a stable relationship. No doubt, this is a familiar experience to most of us. Interestingly enough, however, people in love show high activity in the region of the brain associated with obsessive-compulsive behavior, which may explain our feelings of obsessiveness and jealousy in relation to our partners.

In this respect, research in neuroscience and psychology has made great strides. We know far more than we did before. Nevertheless, brain science as a whole is still in its infancy, and we have a lot to learn about the origin of emotions, consciousness, human attachment etc.; but it seems to me that, even if I outlined every known fact about what happens to the brain when one is in love, I’m still leaving a crucial part out. Something is still missing, something instinctive. Experiential. Similar to Mary’s room, a thought experiment proposed by Frank Jackson, possessing all the physical facts about something doesn’t enable us to say with confidence that we understand it.

And this is without taking into account the fact that very concept of “love,” not in a scientific but philosophical sense, is far from well-understood. It’s certainly diverse. Often a person may notice that their feeling of love towards their significant other is different from their friend’s, or their parents’. Is love simply the sum of certain passions, or something unique and emergent? We don’t know.

When you’re in the realm of science-fiction, however, you don’t have to worry about it so much. A statement like “our scientists have figured it out,” takes care of the whole issue. Drink this potion and all your love-troubles will be over before you say “class-action lawsuit.” The seed that is the scientific fact can be sufficiently extrapolated by the writer’s imagination to spawn the many-headed beast that is love.

“Cupid’s Compass” by Leah Cypess is an interesting take on the “love potion” idea, presented through the lens of neuroscience. Although the details of exactly how the procedure works are kept in relative obscurity. The concept of artificial or manufactured love is nothing new in science fiction – or fiction in general. It’s a trope that has been present since the literature of the Ancient Greeks (possibly even earlier) and has been used in a variety of fictional circumstances.  In the Germanic legend of Siegfried, a love potion is administered to satisfy deeply complex personal and political desires. Occasionally, more adolescent and juvenile motives are at play, as is the case in the world of Harry Potter. Most often, love potions (or any fictional device intending to create artificial attraction between two people) are used either comically or in cautionary fashion, whereupon the characters have to deal with unforeseen consequences of their actions, and in general get much more than they signed up for. A particular favorite of mine is an episode of Star Trek: The Animated Series, “Mudd’s Passion,” where the infamous Harcourt Fenton Mudd brings some sort of ‘love crystals’ aboard the Enterprise. I’m sure there are more brilliant examples out there, some more serious than others.

I’m not going to comment on the overall merits or weaknesses of “Cupid’s Compass,” the plausibility of its premise, or the effectiveness of its social commentary. This is not a review. But with regards to the mechanism ‘manufacturing’ love, “Cupid’s Arrow” certainly presents us with a more realistic picture than the above-mentioned examples. It is set in our world, after all, in a very near-future. It talks not of magic potions, but electromagnetic stimulation of certain regions in the brain. After the procedure ends successfully, the characters go home, get married and buy a house, go through all the nightmares of pregnancy, breastfeed, have arguments, fight, make up, and all the rest that characterizes a mundane life. Because of the underlying realism that Cypess approaches her story with, there is the inevitable skepticism that follows.

What struck me the most while reading the story was the obvious contradiction between the rigor of the scientific process behind Cupid’s Compass (the name of the corporation that administered the treatment) and obvious unhappiness that Julie experiences after she gets married.  It is possible that the company is just faking confidence to get money, but their continued success 3 years later suggest the opposite. So there must be something true to the science. Once Julie and Steve get married, there’s hardly a moment where she seems happy with her life. The style of writing suggest a great deal of irony and cynicism on her part. Even when her husband is a model father, she can’t stand him.  And of course, a page or so later we are introduced with the booster treatments – a procedure that ‘reinforces’ the original treatment – to be had at a regular basis, perhaps once every couple of months. Julie becomes furious when she finds out that her husband, Steve, has been making use of those boosters.

In this respect, the brain treatment begins to resemble more like drug dependence. One dose will provide you with the feeling of love, but that will wear out, and you will soon need more. And perhaps after a while you’ll need it even more, even sooner. This is where the author’s skepticism creeps in, because it raises the question that it’s not real love that Cupid’s Compass provides, but a superficial one, a simple act of replicating certain biological phenomena that only mimic the feeling of love. And though we can’t biologically distinguish the real from the manufactured, there is one.

Afterwards the story muddies the waters again and reveals that Julie, by living with her husband for three years and bearing his child, has indeed fallen in love with him. For real. Even though less than a page ago she was certain she didn’t love him. What a twist! And then, immediately after that she opts for the new, experimental treatment that stimulates happiness directly into the brain without the need for a partner (talk about drugs!). That’s where the story ends.

Though the author may have been more interested in her characters, in Julie and her struggles, I was more drawn to the abstract examination of the concept of love – the contrast that exists between love as a measurable science and as a spiritual experience. The characters themselves didn’t interest me as much. Still, Cypess’ story taps into something profound, even if the examination is incomplete (perhaps because that wasn’t her goal).