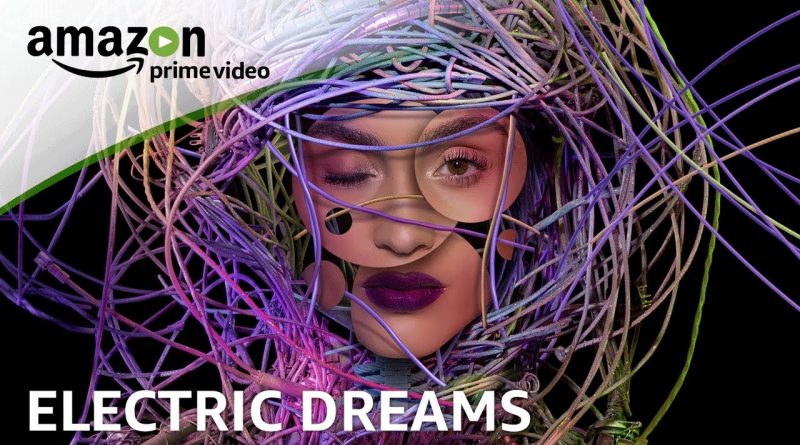 Philip K. Dick’s Electric Dreams is an anthology sci-fi series developed by Ronald D. Moore and Michael Dinner for Channel 4 and Amazon Prime Video. Each episode of the series is based on a short story by Philip K. Dick (PKD), the legendary sci-fi writer.

Summary of the Short Story: The Hanging Stranger

The Hanging Stranger first appeared in the December 1953 issue of Science Fiction Adventures.

Ed Loyce took a few hours off his work to do some repairs on the basement of his house. He decides to stop by the shop to check the records and maybe close a couple of sales himself. On the way there, he sees something hanging from a lamppost. At first he can’t make it, but as he gets closer he realizes what it is: a human body! Ed is shocked, not only by the body, but by the fact that nobody else seems to notice, or care.

He calls out his employees and shows them the body, but they seem unimpressed and rather indifferent. Ed, on the other hand, is livid; hysterical. He can’t understand why no one is frightened by the dead body hanging from the lamppost, and why everyone acts so calmly around it. When Ed’s behavior succumbs to a nervous breakdown, someone calls the police.

When the police arrive, they take Ed in their car for the purpose of asking him some questions. Ed complies, though he seems skeptical. He knows every cop in town, and he’s never seen those two. Something must be wrong. At the first opportunity, Ed jumps out of the moving car and runs into the swarming crowd. He somehow manages to escape the officers.

He stumbles upon City Hall and notices that the sky above it is covered by a big patch of darkness, from which a swarm of insect-like creatures are flying towards the ground. Ed watches them from a safe place as they land over City Hall. It was a myriad of them infiltrating the city and taking control of the people. Ed realizes that he was spared only because he happened to be in the basement of his house during the invasion. Terrified, he leaves his hiding place and boards the nearest bus.

On the bus, a strange man is staring at Ed intently. Ed can’t tell if it’s an alien in disguise, or another unaffected human, just like him. Ed exits the bus but the man follows him. Disoriented, Ed grabs a rock and bashes the man in the head, before running home. He has no time to think about what has happened to the people of the town. Instead, his plan is to get his wife, Janet, and their twin sons as far away from town as possible.

Unfortunately, they’ve also fallen prey to the insect-like aliens. The one that has taken the form of his son, Jimmy, attacks him and Ed is forced to kill it with a knife. Ed realizes he has to leave on his own.

He makes it to the next town, Oak Grove, and informs the first person he sees of what happened. The stranger doesn’t believe him, of course, but is kind enough to connect him to the proper authorities. Later, Ed tells the story again to a police Commissioner, who strangely enough believes him. Ed is certain that the aliens have a weakness and they can be defeated, as they have been defeated in their past attempts to take over Earth. He has figured out their plan, except for the hanging man part. He doesn’t understand why the aliens put him there.

The police Commissioner guesses that it might have been bait; a way to draw out the unconverted. Ed agrees – it must have been a trap. The Commissioner smiles, and assures Ed that he’ll take action immediately. Ed steps out, and the last thing he sees is a rope hanging by a telephone pole.

The next day Clarence Mason, the vice-president of Oak Grove Merchants Bank,  walks by the telephone pole and sees Ed hanging dead by the neck.

Summary of the TV episode: Kill All Others

In a world dominated by ads, meaningless one-candidate elections, and a faithless marriage, Philbert Noyce is not too happy with his life. He trudges through his daily life and work as a defeated man. Even flirting with a sexy holographic ad-woman doesn’t help any.

One day, Philbert hears the candidate on TV advocating to “Kill All Others.” Philbert is shocked. Strangely, however, no one else seems to have noticed, and no one is talking about it. It’s not on the news, and it’s not on any online forum. He talks it over with his coworkers but they seem relatively unimpressed. Eventually, they tell Philbert to relax and not worry so much.

On the way back from work, Philbert’s train experiences a temporary black-out. After it resumes, Philbert notices a sign outside with the words “Kill All Others.” He panics and hits the emergency stop button, causing the train to crash with another one behind it.  As a result of the accident, Phil has to undergo and full health and psychological evaluation, and is temporarily banned from the train system.

The incident forces Phil to reevaluate things and enables him to reconnect with his wide. Sadly, his new-found serenity doesn’t last very long. The next day, he sees a mob chase a young woman down the street until they pin her to the ground and beat her. The reason: she’s an “other.”  Philbert does his best to stop this before the mob seriously hurts the woman. When the police shows up, Phil is taken back to the evaluation center and put under constant medical supervision.

Despite being told to stop worrying and lay low, Philbert can’t abide by this accusatory labeling of “other.” When he sees a giant billboard “Kill All Others” and a body hanging next to it (for which nobody seems to bat an eye), he decides that he wants to say something about it. He calls in to a talk show with the candidate, hoping to pose a question under an alias, but is unsuccessful. The screen on the show prints his real name instead. Philbert panics and hangs up. Now the whole country is aware of him.

From there, the situation escalates quickly. Philbert finds himself running away from a mob who have identified him as an “other.” With everyone chasing him, including the media, Phil seeks refuge up on the billboard with the hanging body. He attempts to get the body off the rope, but instead slips and falls down onto the waiting mob.

The next day, it’s Philbert who’s hanging from that rope.

The Hanging Stranger is, in some ways, a return to the pulp origin of science fiction in the style of early 20th century writing; and, in other ways, the disappointing result of a still maturing talent. A mish-mash of political undertones injected into a badly written plot that doesn’t make much sense.

There’s not really that much to say about this story, so I’ll try to keep this short.

For the most part, the prose is choppy and unimaginative. Dick sacrifices description and metaphor for outrageous leaps of logic where he simply tells the reader what’s going on. It lacks the usual coherence one comes to expect from the SF of the time. How does Ed know that it’s Pikeville the aliens invade first? How does he know they’re from another dimension or another universe? Why not from Jupiter or Andromeda? How does he know they control minds? If Ed knows all the cops in town, and if the aliens are controlling/mimicking the appearance of existent citizens, why are the cops that arrest Ed different? Why not two real cops under alien control? The whole thing is outrageously ill-thought.

It seems like PKD is just throwing buzzwords around for the sole purpose shock value. Perhaps the style fitted the magazine it was published (Science Fiction Adventures), a publication that targeted mostly young boys and did not last very long. Still, even as a piece of mindless entertainment, The Hanging Stranger is too weakly plotted to be satisfying.

Not that the story is entirely mindless, of course, as PKD attempts to somewhat tickle the reader’s intellectual curiosity. But I don’t think he succeeds very well. References to things like the KKK, lynching, and passive submission would certainly mean something to the readers of the time, with Dick perhaps commenting on the average citizen’s willingness to accept the deeds of an evil government. It’s not the government, however, that’s evil in this story. It’s a bunch of Old-Testament creatures from another dimension that have taken over everyone’s mind.

As such, the political message is undermined.

Dee Rees (director of Mudbound) took on the task of adapting The Hanging Stranger for TV, and aptly changed its title to Kill All Others (K.A.O). The two have almost nothing to do with each other, although the careful observer will find many traces of the source material in Rees’ adaptation (I guess you have to justify the conceit of the series somehow…). The scope and motivations are entirely different, however.

The political message in K.A.O is far more overt. The themes of alienation and mob mentality take center stage and exemplify how easily a society can succumb to the voluntary rejection of democracy. Or, taking it a step further, the episode shows how powerless the individual is against a system inherently designed against them, and that their only options are to conform or perish. Also, there’s something about technology somewhere in there as well….

The episode is densely packed cautionary tale, so dense that it becomes confusing to unweave all the threads presented throughout the story. Sometimes even contradictory. There’s the Mexico/USA/Canada “meganation,” the one-party system, the single candidate, the public’s unwavering acceptance of the one party system, the near-complete industry automatization that could have been complete, the constant surveillance, the over-abundance of ads, and lastly, the introduction and victimization of the “other.” All these concepts and ideas make for a rich and fascinating universe that Rees has created, but don’t necessarily lead anywhere – not in a single episode.

If this was the pilot of a longer series set in this world, then it would have been a great pilot. It successfully plants the seeds of plot threads to be resolved (or evolved) later on. But as a standalone, 50-minute story, it is too diffuse. It marvels in an ambiguity that doesn’t really contribute to its message, and only succeeds in adding to the already-present heavy-handedness of the story.

So while it is clearer (and cleverer) than its source material, K.A.O doesn’t offer much in a way of argument. Perhaps it is a feeling that Rees is trying to emulate rather than a logical experience, in which case it’s inherently selective. It either appeals to you or it doesn’t, and any interpretation begins and ends there.

And perhaps the political message works too, even if I wasn’t as receptive to it. We are living a some confusing times and K.I.A is certainly capturing that, albeit not in the most coherent of ways possible. Whether or not it resonates, the episode makes for an enjoyable watching experience, and a nice cynical ending to the series.