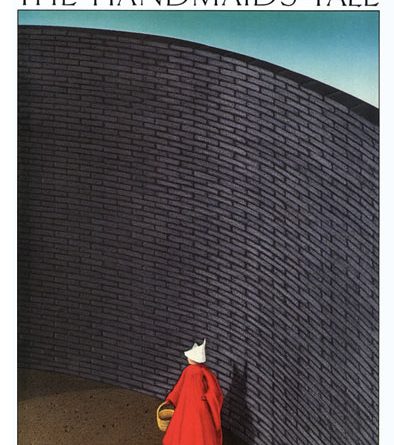 On my review for Safety Not Guaranteed, I spent a few paragraphs on the subject of whether the movie qualifies as science fiction. I came out on the side that it is SF, though my argument was by no means complete (in the end, I simply wanted to review the film).  The issue was nevertheless simple. For a movie like Safety Not Guaranteed, it all depends on whether one takes the final scene literally or metaphorically, which is not so much a question of genre rather than plot structure. If I was to be a stickler about it, I’d say the movie is a romantic comedy (or dramedy) with SF overtones, at best. Of course, to try to delineate any genre along precise lines would be an exercise in futility.

It is useful, however, to ask the question: “well, what is science fiction?” even if only in broad terms. We certainly recognize it when we see it (most of the time), but we may have trouble coming up with a general definition. As a genre, SF does not fit into the same category as, say, Romance or Adventure or Horror because it does not dictate plot as these other genres do. Moreover, such stories (i.e. romance or adventure or horror stories) can be easily told within the science fiction genre. A myriad of such stories already exists. As Asimov famously advocated, science fiction is a wrapper capable of serving any other literary genre. [1]

But then, what is science fiction? Is it better to consider SF a setting rather than a genre? It looks that way considering that SF hardly enforces any restriction on plot and character, but rather provides the environment in which any story can occur. After all, 2001: A Space Odyssey and Passenger are both science fiction films set in space, and yet they are as similar to each other as a peach is to a walnut.

To better address this question, I will focus on a specific example—preferably a tricky one—rather than dabble in abstractions. The example I have in mind is the novel The Handmaid’s Tale, by Margaret Atwood. As such, I will try to address the question of whether The Handmaid’s Tale is a science fiction story or not.

In my experience, opinion is usually split in half regarding the classification of this novel—perhaps erring slightly on the side of “not science fiction.” On the one hand, the majority of the novel takes place in the near future, while the epilogue is set several decades, perhaps a century, into the distant future. Both well-recognized traits of SF literature. On the other hand, the text does not really have any easily identifiable marks of science fiction, despite its quasi-futuristic setting. The scientific and technological development in the novel are indistinguishable from the time of its writing. The society is dystopian, but that alone does not guarantee its SF status.

Margaret Atwood, the author of the original novel, has rejected the label “science fiction” for the novel (and indeed most of her work). Instead, she considers it “speculative fiction,” drawing a sharp line between the two (she’s made the same comment about Oryx and Crake, a novel whose classification is far less ambiguous, in my opinion). Regarding the differences between the two genres, Atwood has said:

For an author of Atwood’s statute, this is a rather limited viewpoint, not to mention inaccurate. Even though we may not be exactly sure what science fiction is, it clearly doesn’t all boil down to just “monsters and spaceships.”  Of course, I doubt Atwood was being categorical in her statements, even though her point of view may reflect a large problem regarding the general perception of science fiction. In a later article Atwood clarified:

“…I said I made this distinction, not out of meanness, but out of a wish to avoid false advertising: I didn’t want to raise people’s hopes. I did not wish to promise—for instance—the talking squid of Saturn if I couldn’t deliver them.”[3]

A fair point, though she still seems to hold a rather superficial view of the genre.

While The Handmaid’s Tale may stand in ambiguous territory, Oryx and Crake does not. It is, beyond any reasonable doubt, science fiction at its best. The truth is, however, that Atwood (and other similar authors)  may have an ulterior motive for distancing herself from the genre, and in turn, insisting for the sharp distinction between speculative and science fiction. She’s concerned with her critics. Unfortunately, science fiction does not enjoy the same standing as most literature among literary critics, and is viewed by the community as a sub par form of fiction; i.e. complete crap [4]. This was echoed in the review that Oryx and Crake received from the NY Times, written by Sven Birkerts:

“I am going to stick my neck out and just say it: science fiction will never be literature with a capital “L,” and this is because it inevitably proceeds from premise rather than character. It sacrifices moral and psychological nuance in favor of more conceptual matters, and elevates scenario over sensibility…. Are there exceptions to my categorical pronouncement? Probably, but I don’t think enough of them to overturn it…” [5]

While Birkerts correctly identifies the novel as SF, that’s about all he gets right—the rest is mainly vague generalizations that unsuccessfully try to conceal the lack of a stronger argument on his part. But that’s besides the point.

Given all this animosity towards the genre, it is perhaps understandable why Atwood insists on calling herself a science fiction “lover,” but definitely not a science fiction “writer.”[3] Or perhaps, she genuinely believes in her own distinction between speculative and science fiction, and as a consequence insists sharply on it. Whichever it is, it doesn’t matter and the audience need not take it to heart.  Whether or not an author considers his or her work science fiction or speculative fiction or fantasy or horror, such categorizations are to a certain degree arbitrary and leave ample room for discussion.

Which brings me back to my the original question: Is Margaret Atwood’s The Handmaid’s Tale a work of science fiction? By Atwood’s definition of SF, it is not, but since I don’t quite agree with it, I have to look for a different one.

Here are a few:

A piece of scientific fiction is a narrative of an imaginary invention or discovery in the natural sciences and consequent adventures and experiences…. It must be a scientific discovery—something that the author at least rationalizes as possible to science. –J.O. Bailey

[…] a specialized type of fantasy, in which the prime assumption usually is a new scientific discovery or invention. –Jack Williamson

A science fiction story is a story built around human beings, with a human problem and a human solution, which would not have happened at all without its scientific content. — Theodore Sturgeon

Science fiction is the branch of literature that deals with the effects of change on people in the real world as it can be projected into the past, the future, or to distant places. It often concerns itself with scientific or technological change, and it usually involves matters whose importance is greater than the individual or the community; often civilization or the race itself is in danger. — James Gunn.

All above definitions are true, though somewhat incomplete. They can’t encompass everything that we may consider science fiction, but do their best.

Gernsback’s definition, for instance, is simple and incredibly intuitive, yet its simplicity and intuitiveness make it ambiguous. Almost anything can fit under the umbrella of “imaginative extrapolation.” Sturgeon’s definition, on the other hand, is too narrow since it limits SF literature to the constrains of human existence. This is not the case. Science fiction, since is inception, has not only dealt abundantly with non-human characters, but has also presented ideas that go beyond human understanding. Gunn’s definition is thorough and extra careful in its statements, but it still maintains some of Gernsback’s ambiguities.

While we can’t agree on a single definition of the genre, it’s relatively easy to extract certain facts about SF that are unequivocally part of its DNA. These include:

1) Science and technology, whether current, closely extrapolated, or entirely fabricated, plays a crucial role in the development of the story, characters, and setting.

2) Moreover, the science and technology does not have to be possible, or even realistic, but it must be identified as science (implicitly or explicitly).

3) Some form of projection or extrapolation from the present takes place. This can be scientific, technological, social, political, or something else; it occurs at various degrees of accuracy, and just like the science, it does not have to be realistic.

4) SF is still literature, i.e. a form of creative storytelling. Therefore, it is still subject to all known (or yet unknown) literary and narrative conventions.

The list is neither exhaustive nor too specific (inevitably so), but it does take into account most science fiction literature that has been published, and most attempts to define such literature. I’m sure the list will expand as I examine the subject even further.

So, with all this information in mind, let’s take a final look at The Handmaid’s Tale:

The last point in the above list is easily satisfied since no one can argue that The Handmaid’s Tale is not a work of creative fiction that follows convention of literature, and perhaps introduces a few of its own. Therefore, we must see if it satisfies the other three.

And it does. It’s obvious and undeniable that science plays a crucial role in the plot of the novel. In fact, the story wouldn’t exist without it; that is, without the issue of mass infertility that is present in the world of Gilead. Mass infertility makes Atwood’s fictional world possible. It is the catalyst that sparks the creation of her terrifying tyrannical government. Without it, her world would be identical to ours. Atwood makes use this science fictional tool as an anchor point from which she projects her story into the near-future, effectively producing a what-if scenario. Her science is extremely realistic and her projections believable, but they’re nevertheless elements of SF that have been ubiquitous to the genre since the beginning. As such, The Handmaid’s Tale is consistent with the requirements of science fiction.

Now, it is true that the novel’s scientific components are not flashy or extravagant, unlike much of what we easily identify as SF.  We are used to the flashy and the extravagant—to the green-skinned aliens, the flying saucers, the unrecognizable landscapes, or the ultra-advanced technologies—and so, something as subtle as an infertility crisis does not resonate science fiction. It feels so real that we may think it could happen any day; or that it’s only a matter of circumstance and luck that it hasn’t happened already. Yet, none of that forbids it from being science fiction. On the contrary, writers of the so-called “hard SF” are always in pursuit of this kind of realistic “future” that Atwood so effectively achieves.