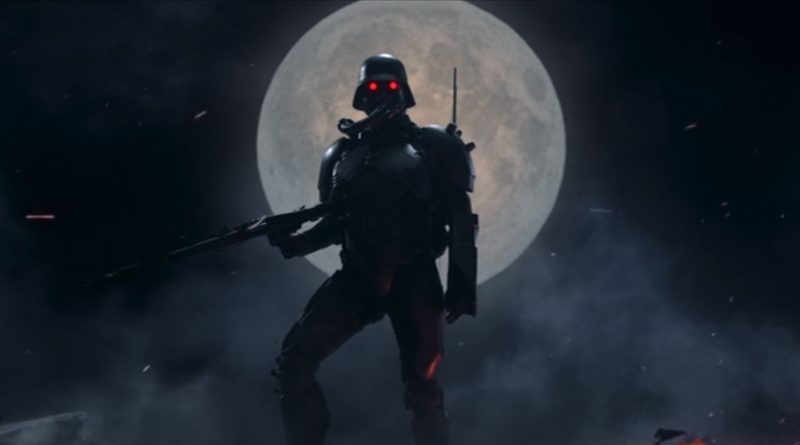 Illang is currently available on Netflix. Spoilers ahead.

On the eve of Korean re-unification in the late 2020s, various groups opposed to the unification have sprung in the Peninsula, many of them resorting to acts of terrorism. The most notable is “The Sect.” To combat these terrorist organizations, the government of South Korea has established a Special Unit of the police department, highly trained and authorized to use violence if necessary. An incident known as “Bloody Friday,” however, forced the special unit into secrecy and constant anonymity.

In 2029 during a public protest turned violent, Lt. Lim Joon-kyung becomes deeply conflicted when he witnesses a young girl commit suicide by detonating a bomb. The incident causes enough controversy that the Public Security department is forced to shut down the special unit temporarily while they investigate the matter. Han Sang-woo, an ex-member of the Special Unit and Lim’s friend, leads the investigation.

In the meantime, Lt. Lim is sent for re-education. During this period he meets and befriends Lee Yoon-hee, the troubled sister of the young suicide bomber. Lee, however, is not who she claims to be.  She’s an ex-Sect member, coerced to work in secret with the Public Security investigation in order shut down the Special Unit permanently. A rumor has circulated that a rogue organization within the Special Unit, The Wolf Brigade, exists to assassinate corrupt politicians.  The Public Security hopes to ensnare Lim into a greater scandal that will terminate the Special Unit forever.

The Special Unit is aware of the trap, and so is Lim. At the meeting location, Lim successfully fends off the assault by the Public Security agents and escapes with Lee. Lin contacts the chief of the Special Unit and is ordered to go to headquarters. He gives Lee the option to run away, but she decides to follow him, no matter where he goes.

After the fight, his boss congratulates Lim and informs him that the only thing left to do is execute Lee. The Wolf Brigade will do so in secret. Lim objects and sees no point in this action. When his boss insists, Lim fights him and is able to save Lee. They both escape, and live happy in a presumably unified Korea.

I regret to say that Illang: The Wolf Brigade is a disappointing stain on an otherwise marvelous career of an excellent filmmaker. I’m a big fan of Kim Jee-woon. With the exception of his 2016 piece, The Age of Shadows, I have seen and admired all of his work (yes, that includes his rather dubious foray into Hollywood with The Last Stand). Illang is the director’s first feature not based on an original screenplay (The Good, The Bad, and The Weird takes inspiration from spaghetti westerns, but is very much an original creation). It is also Kim’s first attempt at a feature science fiction film.

Illang is gritty, action packed, and full of psychological tension, just like the 1999 animated film on which it is faithfully based. However, as is typical for much of South Korean cinema, Illang also bleeds melodrama. There’s no doubt that director Kim Jee-woon opted for a national appeal, sacrificing the universality of the original story. The opening monologue about the unification of the two Koreas, which sets the scene and seems to become irrelevant for the rest of the film, perfectly exemplifies the approach. The Korean separation in a modern context is a sensitive issue that many South Korean films have taken up (Shiri, JSA, Silmido, Crossing, etc.). Unfortunately, Illang makes no real use of it other than for rudimentary expositional clutter.

For those already familiar with Jin-Roh, Illang offers little to no surprises. It is to the film’s benefit that Kim-Jee-woon chose to leave the core of the story and characters unchanged, because anything he adds only worsens the experience.  The film is riddled with details that are redundant and drama that feels fabricated. The 2018 version is only about 30 minutes longer than the original, but a thousand times more confusing. What it lacks in originality it makes up in girth and unnecessary complexity, presenting a merciless plot that’s a pain to follow. After a second watch I was able to make sense of it (I think), but only because I have a strong familiarity with the source material. I suspect that newcomers to the franchise will have a much harder time with the plot. In either case, Illang is a film that, for better or for worse, requires a second viewing.

In addition, the film seems unsure of what to do with its symbolism. The Grimm’s version of Red Riding Hood, so integral to the original story, is brought up in a beautifully animated scene, but then ignored until the very end. Moral ambiguity is in itself ambiguous, and all thematic nuance is lost to incomprehensibility. Kim appears uncertain, if not unconvinced, of the message he wants to impart to his audience, and in the end resolves the matter with a cop-out happy ending that drags much longer than it needs to.

The visual aesthetic of Illang also mirrors closely that of its animated counterpart. I have no special grievance with the look of film, except that I know Kim Jee-woon can do much better. The art direction is rather mediocre and the action scenes ordinary and uninspired; the future may as well be the present since what we see is pretty much modern-day Korea, only roughed up a little and with the occasional city-wide black out. Perhaps the director felt constricted by some absurd necessity to stay close to the source material, forgetting that what works in animation does not always work in live-action.

Illang is just one of many dull remakes in cinema history that adds nothing to the franchise. It somehow manages to appear more cartoony than its animated counterpart, widely missing the point of what made that version great. Given all this, one may wonder whether or not this remake was necessary. Perhaps not, but we could have certainly gotten something better than what Illang turned out to be.